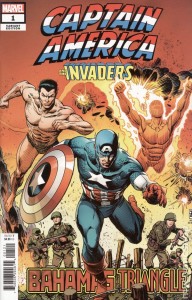 One of my favorite superhero teams of all time is The Invaders. Based on the All Winner’s Squad team that saw action in the Golden Age, the Invaders had the same members and first appeared in Avengers #71. They got their own book not long after and that was right around the time I started reading comics.

I loved watching Cap, Bucky, the original Human Torch, Toro, the Sub Mariner, Union Jack and Spitfire team up to fight the Nazis. I’ve always been a sucker for World War II heroes because I think the time period provides an adventurous backdrop for four color action.

The Invaders have seen several series over the years, including a current one set in present day with some flashbacks to WWII. Last Wednesday saw the release of an all new Invaders adventure, Captain America and the Invaders: Bahamas Triangle. It was far and away the best book from last week’s offerings. FDR guest stars, for Pete’s sake! How can it NOT be good!! 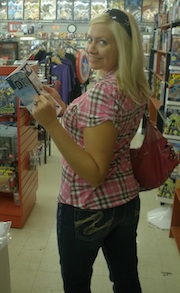 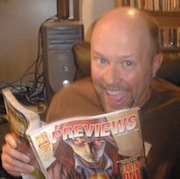